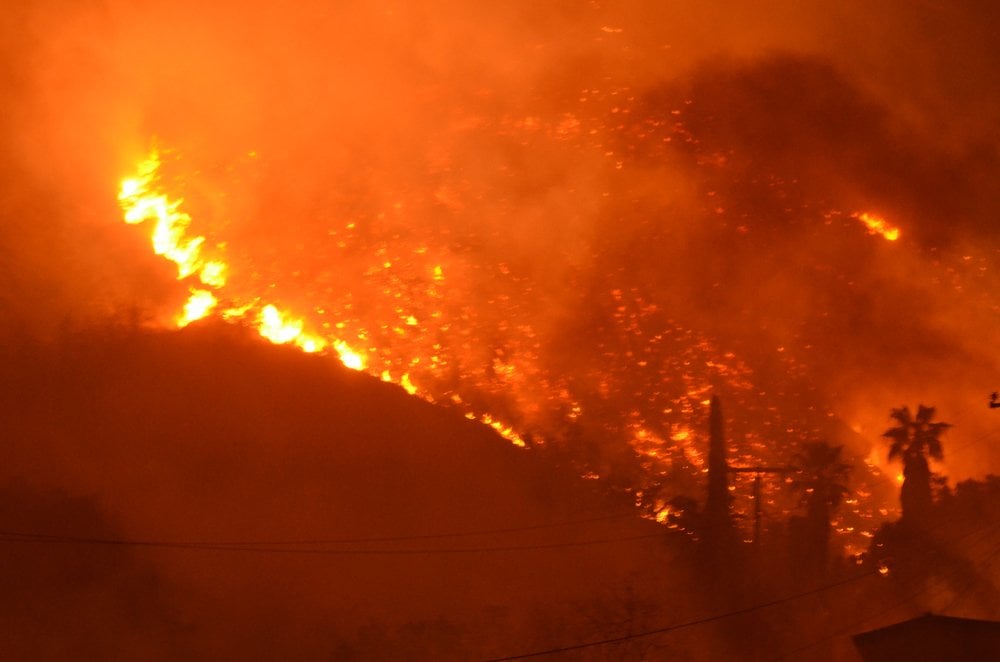 Wildfires are raging across Europe and North America as scorching temperatures and dry conditions fuel the blazes that have cost lives and destroyed livelihoods.

The combination of extreme heat and prolonged drought have in many regions led to the worst fires in almost a decade, and come as the IPCC is poised to hand down a landmark report on the climate crisis.

Scientists warn rising global temps due to greenhouse gas emissions are increasing the risk of fire conditions across the planet.

Parts of Europe are enduring severe heatwaves, while hot, bone-dry gusty weather has caused devastating wildfires in California. The US state is fighting to contain its largest blaze in its history. More than 100 other large fires are raging in other parts of America.

Here are some of the countries currently battling severe fires:

Greece has been fighting some of the worst blazes in Europe amid blistering temperatures. Fires have raged across the country for nearly two weeks, leaving dozens needing hospital treatment.

Evia, Greece’s second largest island, was under severe threat over the weekend and thousands packed up their belongings and fled their homes.

Already, the extent of the destruction is greater than previous fire seasons.

Read More: Fires rage around the world: where are the worst blazes?