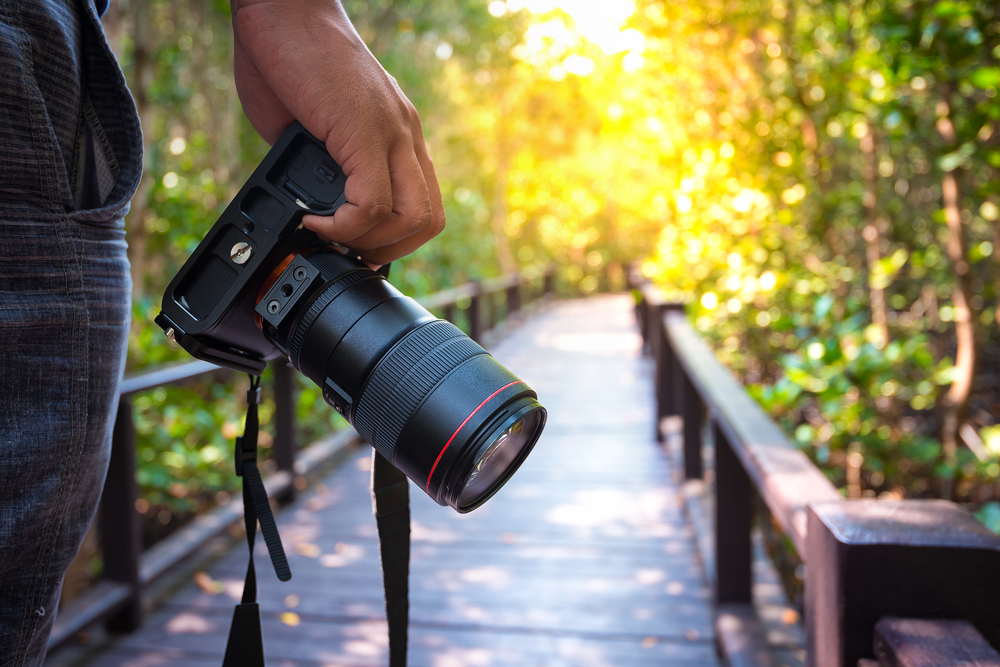 Whether you are producing investigative journalism, blogging, or documenting events around you, a camera is a valuable piece of equipment when establishing the truth.

It may seem strange in a time where people are visually recording events more than ever before, but camera sales are in decline. Last year saw a paltry 2.38 million DSLR camera sales. This can be partly explained away by the government-enforced lockdowns. After all, if you are locked inside, there isn’t much use in buying a new camera.

The good news for 2021 is that according to CIPA, the Camera and Imaging Products Association, sales of cameras have risen now that people have a little more freedom to get outside and enjoy their hobbies.

If you are interested in photography for any reason, whether that is to aid journalistic writing, or because you want to add visuals to your informative website, getting a good camera can help

Why are cameras important to journalistic efforts?

One phrase that works across multiple languages and cultures is the one about a picture being worth a thousand words. This has been true ever since it was brought into modern times exactly 100 years ago by advertising executive, Fred R. Barnard.

Barnard didn’t try to take all the credit for the saying though and attributed it to an ancient Japanese philosopher. Throughout the centuries books have been accompanied by illustrations and then later photographs. Courtrooms have long had artists on hand to capture the likeness of defendants and accusers. And of course, newspapers print photographs to accompany their serious work and their puff-piece articles.

Newspapers have been using photographs for over a hundred years now, and there have been some incredible shots that have conveyed more than perhaps the best writers could. On June 8, 1972, there was a napalm attack on a South-Vietnamese village, and the photo taken of Kim Phúc, a 9 year old girl running, screaming, became famous all over the world.

It is moments like this when a photograph can bring attention to the horrors of war in a way that perhaps words cannot. That isn’t to say that words are not important, but a photograph can have an immediate impact on a story.

Cameras can also provide visual evidence and catch perpetrators out. They could also prove innocence.

Many feel that Thailand’s libel laws have gone too far and they are being used to target anyone who speaks out against the government or the Monarchy. There are instances where camera evidence could have helped prove that the so-called perpetrators were protesting peacefully and that it was the other side that were the aggressors.

Is the drop in the use of cameras real or myth?

Sales of cameras have been dropping for years now, and 2020 saw over 50% sliced off the previous year’s sales. This year has seen a positive rise in sales of DSLRs and mirrorless cameras, but it is not likely to affect the long term.

However, this doesn’t mean that cameras aren’t being used anymore. One of the reasons that stand-alone camera sales have dropped off is that most people have a smartphone now. While there are choices for anyone wishing to have a smartphone without a camera, the vast majority are fitted with both front and back lenses now.

Some smartphones have high-quality cameras fitted to them now, and more than one movie has been produced using only a mobile device.

Does this mean that journalists can just use smartphones to capture shots?

It could appear that instead of carrying around heavy camera equipment, anyone who wanted to capture some type of story could do so with nothing more than a smartphone.

However, there are many concerns in this area. Smartphones can be compromised and they are easy to hack. Israeli spyware has been found on the phones of many prominent world figures, activists, and journalists around the world. These include New York Times and at-risk Mexican journalists.

Which camera should you use for your story?

While a smartphone can indeed be useful for taking quick snaps, and also for taking shots discreetly, they do have some limitations. They are at risk of being hacked, and lenses cannot be changed.

The two main choices for anyone looking to elevate their storytelling with photography would be either a DSLR or a mirrorless camera. The latter is sometimes called a compact system camera, but they are one and the same.

The first thing to understand, or ask, when looking at a DSLR and a mirrorless camera, is what is the difference between the two? A DSLR contains a reflex mirror and processes the light that enters the lens differently than a mirrorless camera does.

With a DSLR there will be a viewfinder, but most mirrorless cameras forgo this and only have an LCD for viewing the image to be taken. Mirrorless cameras have a few other benefits over DSLRs when it comes to journalism, depending on what type you will be following.

Different types of journalism may affect your choice

The type of stories that you are interested in may impact what type of camera you wish to purchase. If you want to be involved in investigative and ambush journalism, then you might find a rugged more compact type of camera is best.

Mirrorless cameras have less sensitive mechanisms inside than DSLRs, and they can often be lighter and smaller. Rugged versions are available, and these days there are more accessories available than before.

In the war on fake news and the search for the truth, a camera can be a powerful tool.

Only recently a British expat was seen on a train without a mask in Singapore and charged. It is unclear if there is any photographic evidence against or for him, and it is these types of incidents that can be put to bed swiftly when photographs are available.

While photographic evidence isn’t foolproof, and images can be doctored, they are still better than just hearsay in a world full of fake news and made-up websites.