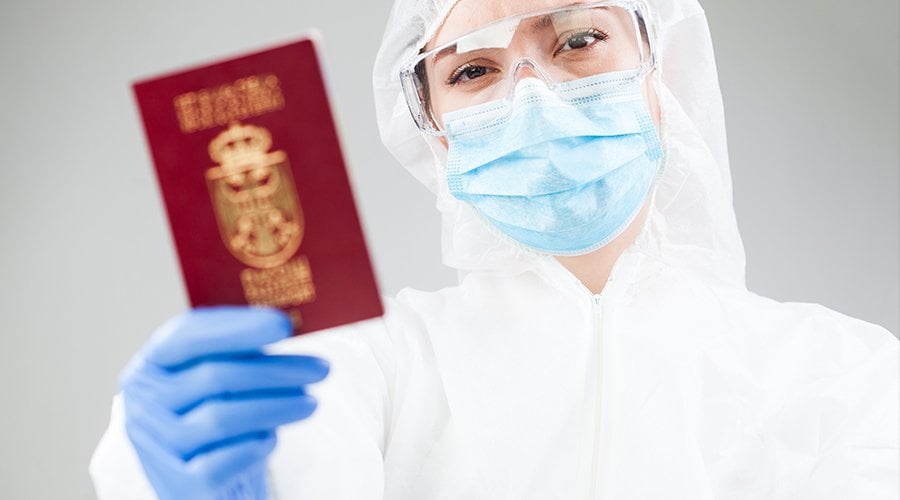 Appearing on Fox News Thursday, Senator Rand Paul warned that the very same people who for four years screeched about president Trump leading the country into authoritarianism have seized power and instituted the most draconian crackdown ever seen in U.S. history.

The Senator responded to an op ed by Juliette Kayyem, a former assistant secretary for homeland security under Obama who seriously argued that unvaccinated people should be banned from flying.

“The CDC says you’re not supposed to get vaccinated if you’ve been infected within three months. So what are we going to do? Tell people that they can’t fly for three months, even according to the CDC?” Paul questioned.

Describing the idea of no-fly lists for the unvaccinated as “obscene,” Paul added “You know that if we now disagree in our personal medical decisions with the left, they’re going to declare that we’re a terrorist and that we can’t fly.”

“This idiot would have us not flying for three months,” Paul urged, referring to Kayyem.

Paul continued, “It makes no sense. It’s complete collectivism, and all of these people, are the same people who hooted and hollered and said ‘Trump is leading us to authoritarianism.’ What could be more authoritarian than a no-fly list for people who disagree with you?”\

What could be more authoritarian than the no-fly list for people who disagree with you? pic.twitter.com/R7sv9imMkJ