Update (1640ET): Confirming what we have all suspected (and The White House, France, and Germany all confirmed), The FDA has tonight confirmed, according to people familiar with discussions within the agency, expects to have a strategy on Covid-19 vaccine boosters by early September that would lay out when and which vaccinated individuals should get the follow-up shots.

The Wall Street Journal reports that the Biden administration is pushing for the swift release of a booster strategy because some populations – people age 65 or older and people who are immunocompromised, as well as those who got the shots in December or January shortly after they were rolled out – could need boosters as soon as this month, two of the people said.

So we have gone from double-masking to triple-jabbing… one wonders when it will end?

Will the obese, old, or immunocompromised be expected to take bi-annual booster shots for the rest of their lives… and what do they think this will do to the masses of unvaccinated people?

And what happens when the ‘Delta’ variant runs it’s course? 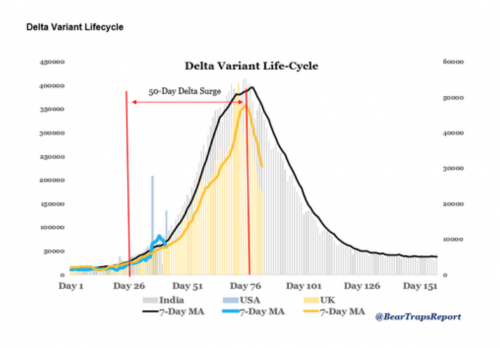 Perhaps it’s time to switch from ‘Greek’ identifiers for variants to Cambodian (the Khmer alphabet has 74 letters).