As the vaccine rollout continues worldwide, governments continue to cross the line and willingly abuse the rights of citizens. In the Philippine city of Lapu-Lapu, Mayor Junard “Ahong” Chan issued an executive order (No. 2021-040) on Monday 26th July, which bans unvaccinated individuals from entering department stores, supermarkets, and grocery stores.

Those who do not submit to the Covid-19 vaccine will essentially be segregated from the rest of society and starved until they roll up their sleeve and take the experimental injection. It seems that governments are now resorting to terror to coerce people to get the jab: Food and basic resources are now being used as weapons against the population.

Mayor Chan’s executive order lists numerous Covid restrictions until August 25th, citing a “surge” in positive cases of the virus in the city as the reason for the order. However, after this date the tyrannical restrictions will be increased: Whilst the temporary lockdown will be lifted, those who have not received the Covid-19 vaccine will be banned from most of public life.

Section 4 of the document read: “Effective August 25, 2021, only vaccinated persons, upon presentation of their vaccination cards, shall be allowed to enter public and private markets including department stores, supermarkets, grocery stores and convenience stores.” 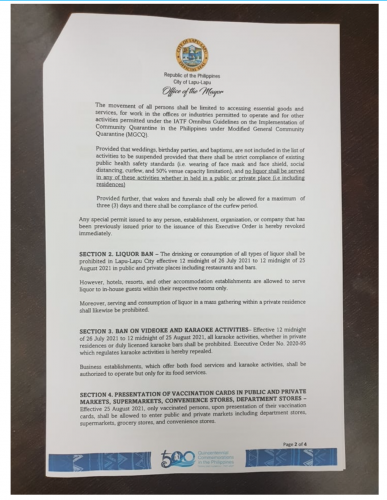 Mayor Chan stated that the city’s half-million is not vaccinating fast enough to reach the 70 percent vaccination threshold that governments are enforcing worldwide. It seems there’s no need for gas chambers when governments can simply starve people and threaten their lives instead.