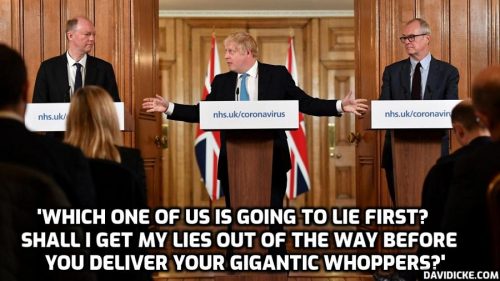 Britain’s daily Covid infections have risen slightly today as another 44,104 people tested positive but deaths were up significantly with 73 more victims.

In a promising sign, today’s cases mark an increase of just 4 per cent on the figure last Wednesday. Fatalities, on the other, hand have risen by nearly 50 per cent week-on-week.

Some experts believe that increased mixing during the Euro 2020 final at Wembley earlier this month fuelled the epidemic and they expect cases to start declining by this weekend.

One of those scientists, Professor Paul Hunter, an epidemiologist at the University of East Anglia, told MailOnline: ‘Today’s infections are remarkably low. I think over next couple of days we’ll actually see some falls in cases.

‘I’m more convinced than ever that the government’s done the right thing by opening up this week. If we hadn’t had the Euros, infections might have already been falling already.’

However, hospitalisations are running higher than No10’s scientific advisers predicted at this point. Another 752 infected patients were admitted in England on July 19, the most recent day figures are available for. This was up 23 per cent on the week before.

Quickly rising hospital admissions have raised fears England could be forced back into a quasi-lockdown within weeks. SAGE has briefed Boris Johnson that he should be prepared to roll back some mandatory curbs — such as mask wearing, social distancing and home working — in the first week of August if hospitalisations don’t slow down.

It would mark another extraordinary U-turn and put an end to people’s newfound liberties just three short weeks after ‘Freedom Day’ was given the go-ahead on July 19.

In models published earlier this month, SAGE estimated that daily Covid admissions would reach between 1,000 and 2,000 at the peak of a third wave in late August, while daily deaths were tipped to hit between 100 to 200.

Read more: Here we go … UK records 44,104 ‘Covid’ cases (with a test not testing for it) in just a 4% week-on-week jump but ‘deaths continue to rise with 73 more victims’ (from faked death certificates) amid fears Freedom Day could be watered down in a FORTNIGHT unless hospital admissions start to slow