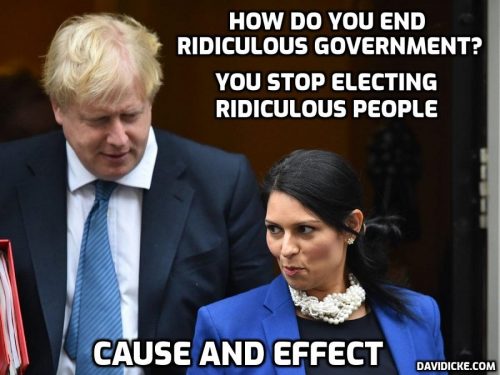 Journalists could be hit with lengthy prison sentences if their stories upset the Government under ‘sweeping reforms’ to the Official Secrets Act, the newspaper industry warned yesterday.

Reporters given leaked documents would be treated similarly to spies and face jail sentences of up to 14 years under planned changes to the Official Secrets Act.

A consultation by Priti Patel ‘s Home Office closing this week wants to update the 1989 act to account for changes in the digital age, especially around data transfer.

Human rights groups and the Law Commission, which drew up the plans, called for a ‘public interest defence’ to prevent journalists with leaked papers being prosecuted.

But the Home Office insisted such a move would ‘undermine our efforts to prevent damaging unauthorised disclosures, which would not be in the public interest’.

Now the News Media Association, which represents the UK’s national, regional and local publishers, has said the plans will ‘deter whistleblowers from coming forward’.

NMA legal policy and regulatory affairs director Sayra Tekin said today: ‘As part of any thriving democracy, the public and a responsible press must be free to shed light on the state’s injustices.

Read more: Fury at plans that could jail reporters for up to 14 years for stories that embarrass the government by treating them like spies under the Official Secrets Act  (The idiots in the media who cheered when people like me were censored didn’t have the brains to realise it would be them eventually)

The Great Reset And Its ‘Final Solution’ For U...