Thousands of people massed in Trafalgar Square on Saturday carrying a variety of signs, flags and placards to take part in a “we do not consent” rally – with none appearing to wear face coverings or to social distance.

But officers clashed with protesters when police tried to shut the event down because crowds were not complying with social-distancing rules.

Bottles were thrown and police used batons against protesters, leaving some with visible injuries.

At least three protesters and one officer were treated by medical staff.

Scotland Yard said that 16 people had been arrested following the demonstration, which moved from Trafalgar Square to Hyde Park.

Arrests were for a variety of offences including breaching Coronavirus regulations, assaulting a police officer, public order offences and violent disorder, it added.

A total of nine officers were injured, two of whom required hospital treatment for head injuries, the force added.

London Mayor Sadiq Khan, stressed that large gatherings, including protests, were still banned to stop the spread of Covid-19.

Read more: ‘Reckless lockdown protesters slammed’ by the usual pathetic suspects who have overseen the deletion of freedom and blighted the lives of tens of millions 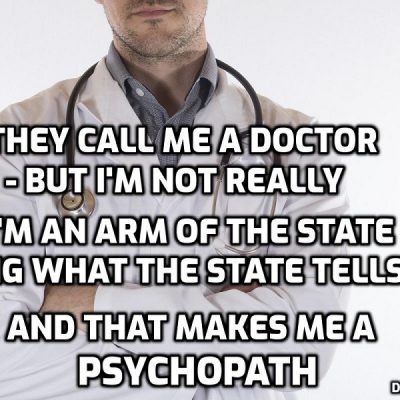