A Los Angeles city official has come under fire for using the LAPD as her ‘personal security’ for the last two months at a cost of $100,000 to the city, while she has filed a motion to cut the police department’s budget by $150 million.

LA City Council President Nury Martinez has been slammed after it emerged LAPD cops were stationed outside her home at the same time she was introducing the motion calling for the force to be defunded.

Martinez joined other council members Herb Wesson, Curren Price and Monica Rodriguez last week in demanding millions of dollars be cut from the LAPD’s budget, amid widespread calls for police forces across America to be disbanded and replaced by alternative community measures following the death of George Floyd at the hands of cops in Minneapolis.

‘We need a vision for our city that says “there is going to be justice.” American society is founded on a racial hierarchy, one that is born out of slavery, followed by Jim Crow segregation and corporate abuse of labor,’ the motion reads.

Read More: LA city official under fire for using LAPD as her ‘personal security’ to guard her home for two months at a cost of $100,000

If America really wants unity, it must do away wit...

Halfway through this winter of Covid, overall mort...

Right On Cue For Biden, WHO Admits High-Cycle PCR ... 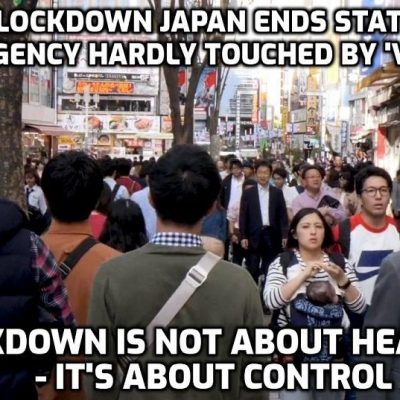 If America really wants unity, it must do away wit...

Halfway through this winter of Covid, overall mort...

We have joined a new free speech platform called A...

Vaccine Passports Adopted By A Barrage Of New Coun...